How to solve a cubic equation, revisited

This post covers a little gem worth sharing: The fastest solution to cubic equations with three real roots that I am aware of. It is also fairly robust and I implemented it in HLSL. It is based on the work by Jim Blinn [Blinn07b] but tweaked for double speed.

I spent several days figuring this out because I wanted to improve the robustness of prefiltered single scattering with six moments. The original implementation used a closed form from Wikipedia. As shown in Figure 1, this approach gave wrong results for some pixels where Coefficient[3] vanishes. A Newton iteration could diminish these artifacts but at a cost. The new solution fixes them and is substantially faster (Figure 2). 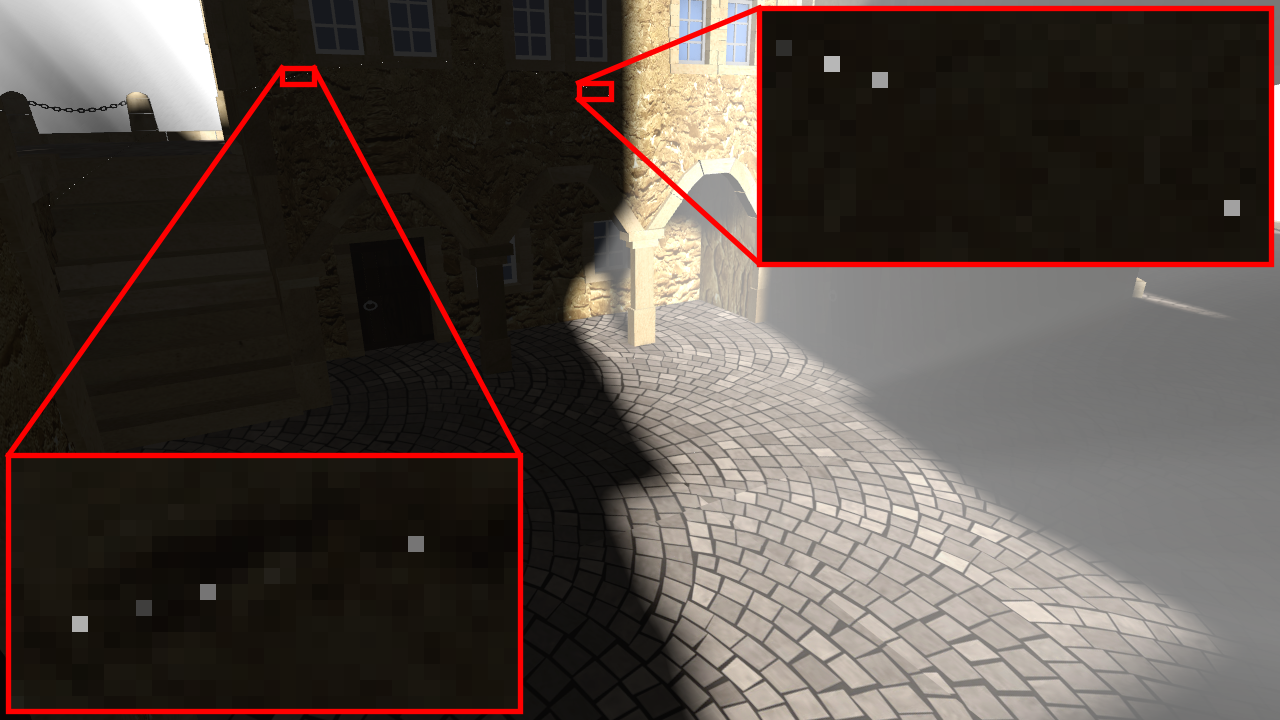 I won't explain how Listing 1 works because in this regard Jim Blinn does a good job with his 80 page column [Blinn06a], [Blinn06b], [Blinn06c], [Blinn07a], [Blinn07b]. However, I do want to point out how the algorithm presented here differs and why.

Jim Blinn computes the roots of largest and least magnitude separately. Roughly speaking, he makes the substitution \(y:=x^{-1}\) and then multiplies by \(y^3\) to obtain a “flipped” polynomial where these roots are swapped. This way, both branches have to compute the root of largest magnitude, which ensures great numerical stability. The third root is easily found once two roots are available. At the time, this has been a reasonable design because as Jim Blinn points out SIMD instructions parallelize these computations. However, this argument is obsolete on current hardware and thus the approach would double the cost.

Listing 1 just computes all three roots in one go. It is less robust but twice as fast. The solution is still more robust than everything else I tried (various other closed forms, iterative solutions and mixtures thereof). If you are looking for a solution that covers cubic polynomials having only one real root, Jim Blinn also has a solution [Blinn07b].